I’ve said very little since Emanuel’s passing, and have written even less. It’s been 6 weeks since Jill and I received that early morning call, letting us know he was gone. I know full well now, as I did then, that Jesus is just as glorified in death as He is in life. I’m still deeply reassured by the promises Jesus gives, and keeps, regarding a believer’s passing from this world to the next. I smile knowing that, with no tumor blocking his eyes anymore, Emanuel now sees Jesus “just as He is.” – 1st John 3:2.

I met 13-year-old Emanuel on a mission trip. He’d been born with a rare disorder that led to the growth of a life-threatening 10-pound tumor on his face, and the Lord convicted me to do whatever I could to get him the best medical care possible. My efforts succeeded. The surgeries did not.

Prior to Emanuel’s passing, I was in a dream of sorts—experiencing what “mine eyes had never seen, nor my ears ever heard” (1 Corinthians 2:9). After a year of toil, we were filled with awe as Emanuel and his parents were finally able to set foot on American soil. I was anticipating the reemergence of Emanuel’s smile—which had disappeared long before he and I ever met. I began to envision Emanuel’s story transcending political parties, governments and institutions to accomplish what the kingdom of God alone can do: the healing of nations, in addition to a young man’s afflictions.

In early January, everything seemed to be on track. The vow I’d made in Cuba to Emanuel, only months before, had come to fruition: he was receiving medical care from world-class surgeons in Miami. His first surgery was a success, and our spirits were high. We were overwhelmed watching CBS Evening News, CNN, Google, BBC and USA Today—among others—broadcasting, mostly-unedited, our message of hope: that Christ alone is able to do “exceedingly, abundantly above all we can think or even imagine” (Ephesians 3:20). 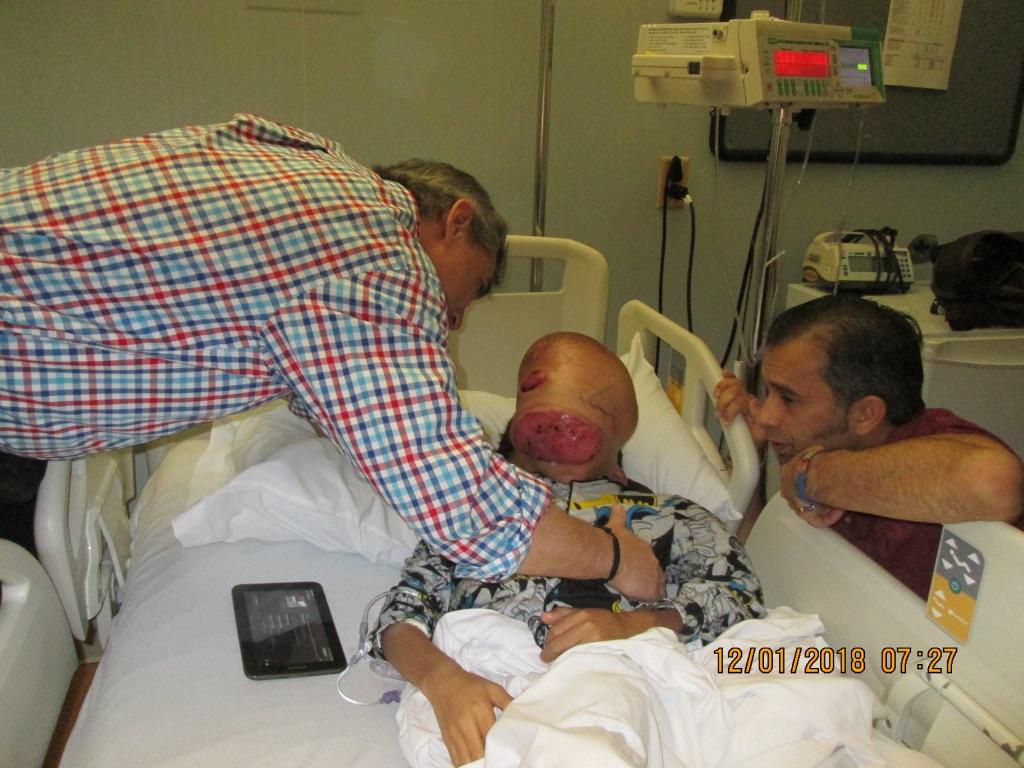 A lot has happened since January 19th, 2018. After Emanuel died unexpectedly, his parents went into hiding in Miami—leaving us with a host of unresolved issues and hurt. Since then, I’ve been reminding myself of the browbeaten 30-year-old man I was when I entered full-time ministry in 1999. I didn’t step-out thinking that it would be easy. I stepped out because it was right.

I hadn’t sought-out the opportunity with Emanuel, but I know with certainty that my King Jesus sent it to me. Which is why I’d do it all again. The Lord will use this as He sees fit; He always does, and I trust He will make me a better man for it.

As this column’s title indicates, I currently find myself somewhere between the death of one vision and the anticipation of another. Now more than ever, I want to thank you for believing in me, and in the role Jesus has called me to fill. So many of you have given me the much-needed courage needed to fight another battle on another day, and that means the world to me. I thank the Lord for you.

“Now to the King eternal, immortal, invisible, the only God, be honor and glory forever and ever. Amen”  (1st Timothy 1:17). Guest Blog | Return On Investment, from Life On Wheels